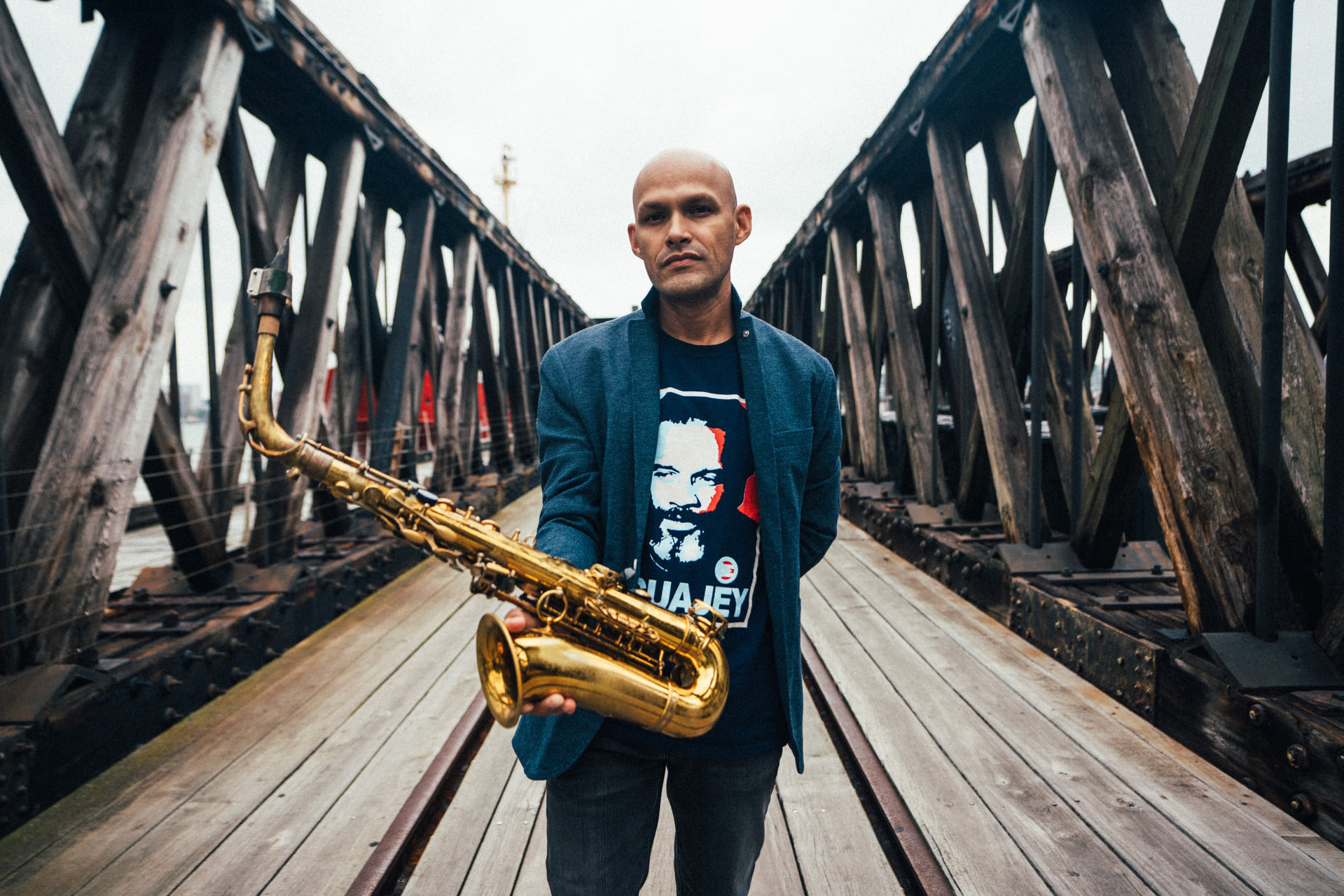 MacArthur Genius Fellowship winner Miguel Zenón presents his extraordinary Yo Soy La Tradición for the first time in New York. The immersive piece is inspired by the musical heritage of Zenón’s native Puerto Rico and features him on saxophone. Premiered in September 2016 at the Hyde Park Jazz Festival to critical acclaim, the work is an eight-movement suite that pairs lush, melodic string writing with complex rhythmic interactions, blurring the lines between jazz, classical, and folk musics. It is a heartfelt, insider-tour of a rich cultural landscape.

Jazz Times of the recording: “All of Zenón’s varied projects have seemed propelled by a singular quest, and with this magisterial chamber music outing the alto saxophonist grabs hold of the grail as never before…a strikingly individual musical hybrid, fluid and poetically expressive, yet unrelenting in its technical demands.”

Performers:
Miguel Zenón, saxophone
Leadlights
Special Performance by the Our Lady of Mount Carmel Young People’s Choir
“This young musician and composer is at once reestablishing the artistic, cultural, and social tradition of jazz while creating an entirely new jazz language for the 21st century.”— MacArthur Foundation, 2008.

Multiple Grammy Nominee and Guggenheim and MacArthur Fellow Miguel Zenón represents a select group of musicians who have masterfully balanced and blended the often-contradictory poles of innovation and tradition. Widely considered as one of the most groundbreaking and influential saxophonists of his generation, he has also developed a unique voice as a composer and as a conceptualist, concentrating his efforts on perfecting a fine mix between Latin American Folkloric Music and Jazz.