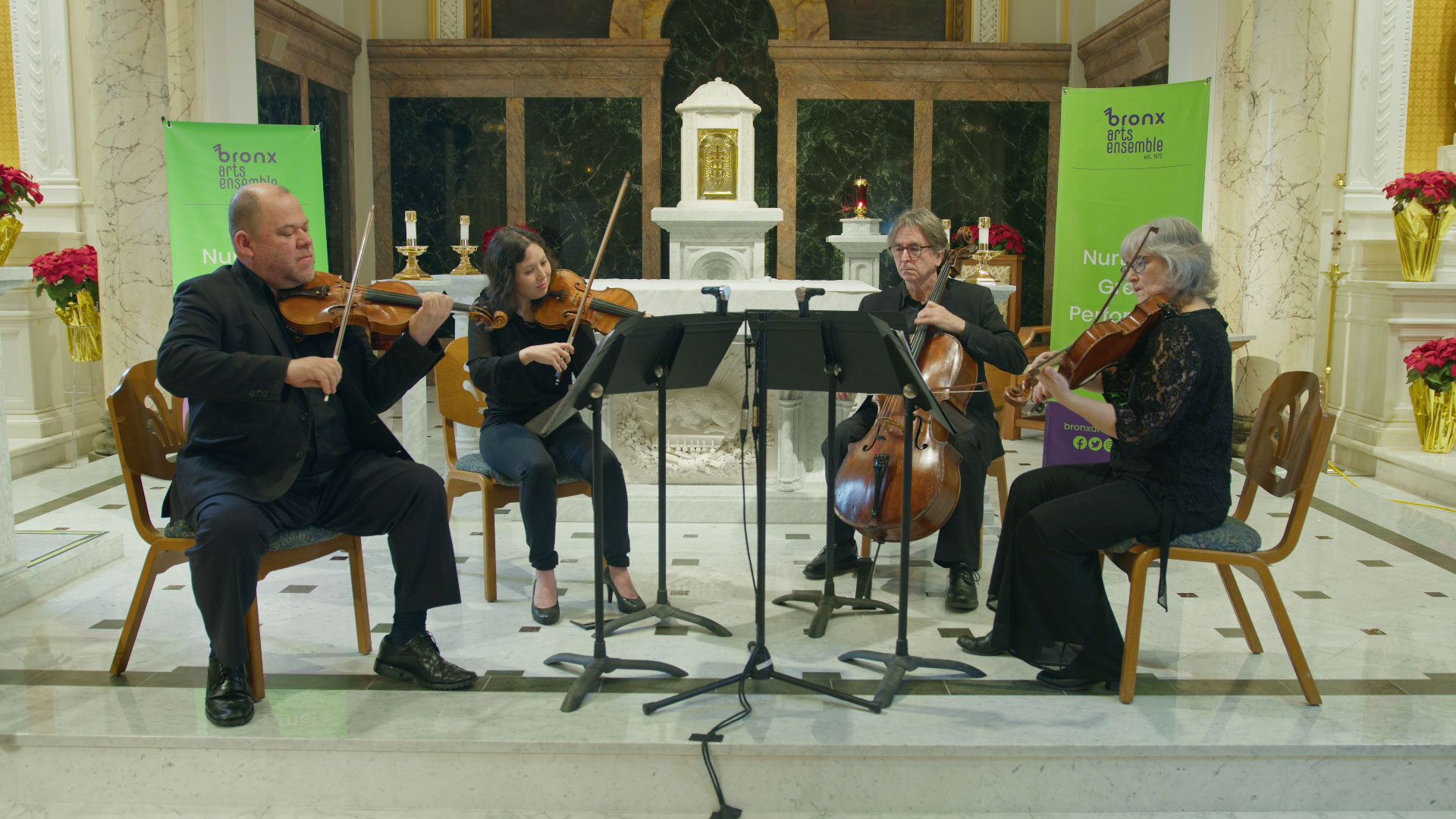 From Jamaican and Haitian folk songs to Florence Price’s monumental Five Folksongs in Counterpoint, the Bronx Arts Ensemble String Quartet celebrates the works of Black composers and musicians in the Americas and more. 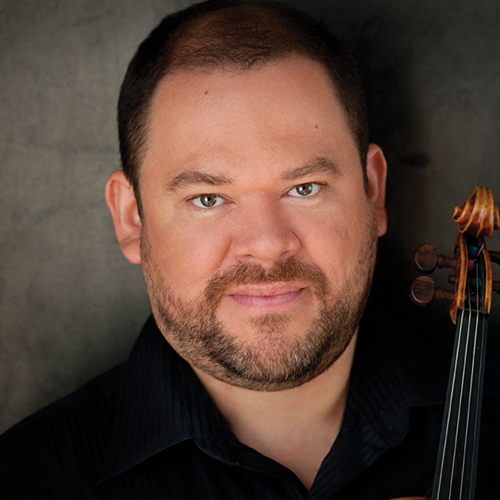 Hailed as a strong violinist by The New York Times, Honduran-born JORGE ÁVILA has won attention as an outstanding violinist through numerous appearances as a soloist, recitalist, concertmaster, and chamber musician. A recipient of various awards and honors, Jorge received his “green card” under the “Extraordinary talent” category, later becoming a US Citizen. He was also awarded first prize at the 2001 Mu Phi Epsilon International Music Competition and the “Omar del Carlo” Fellowship at the Tanglewood Music Center. Jorge is the concertmaster of the Ridgefield Symphony, DCINY and Sacred Music in a Sacred Space series, among many others orchestras and choral ensembles. He has also appeared as concertmaster with The Stamford, Westfield and Greenwich Symphony orchestras, St. Patrick’s Cathedral, Long Island Masterworks, Grace Church Choral Society and The Tanglewood Music Center, among other orchestras. His concerto highlights include recent performances of the Tchaikovsky, Prokofiev No.1, Mendelssohn, Brahms and Beethoven concertos, as well as Beethoven’s Triple Concerto with David Finckel and Wu Han. He has often performed live on both television and radio. On April 20th of 2008, Jorge appeared as Concertmaster for His Holiness, Pope Benedict XVI, at a televised Mass held at Yankee Stadium. In September of 2015, he served once again as concertmaster for His Holiness, Pope Francis, at a televised Mass held at Madison Square Garden.

Jorge’s solo debut CD of Spanish violin and piano sonatas can be found on the Centaur label. 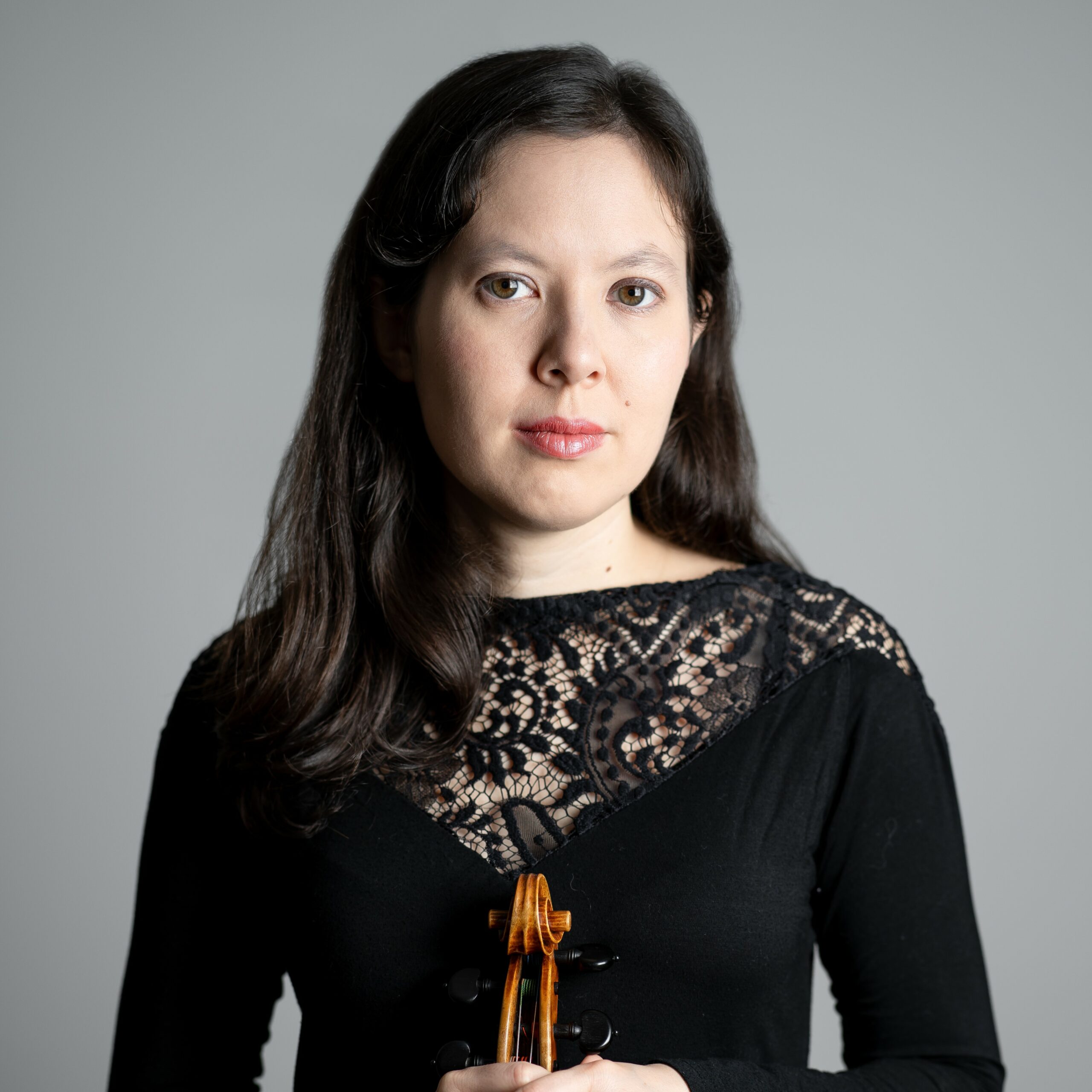 Violinist and composer Evelyn Petcher Brandes brings a passion for innovation and community to both her performing and teaching. Her work frequently blurs the line between performance and workshop; she has performed all over the US and abroad at venues from international concert halls to community spaces like hospitals, museums, and coffee shops. She is a co-founder of Leadlights Ensemble, a community focused string quartet based in Washington Heights, and East Lake Expression Engine, an El Sistema inspired music education program for underprivileged youth in Chattanooga, TN. Evelyn performs regularly with the Bronx Arts Ensemble and Leadlights around NYC, and has been awarded several grants from the Lower Manhattan Cultural Council for musical projects. She has served as a teaching artist for organizations such as the New York Philharmonic Very Young Composers program, the Bronx Arts Ensemble, the Little Orchestra Society, the Youth Orchestra of St. Luke’s, and LEAP NYC. 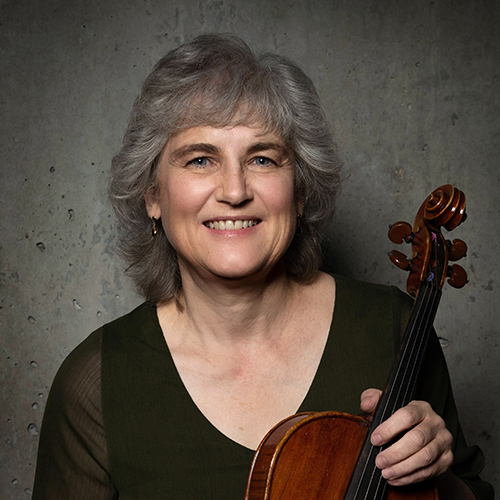 Sally Shumway has been a member of the Bronx Arts Ensemble since 1991. With the BAE she has recorded music by Carlos Surinach, Robert Baksa, Meyer Kupferman, Soong Fu Yuan, Allen Brings, and Roberto Sierra. She has also played on movie soundtracks, TV jingles, Broadway soundtracks, and with the American Symphony Orchestra. Ms. Shumway is a graduate of the University of Kansas and the Manhattan School of Music. She is on the faculty of The Ridgewood Conservatory and The Westchester Conservatory. 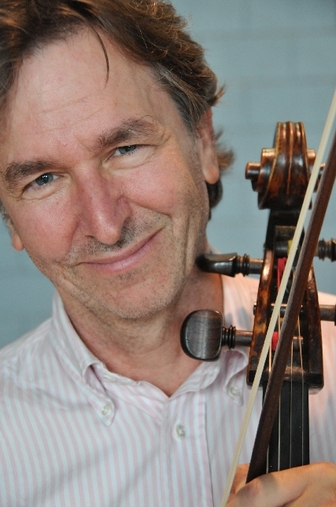 ELIOT BAILEN has an active career as an Artistic Director, cellist, composer and teacher. Principal cello of the New York Chamber Ensemble, New Jersey Festival Orchestra, Orchestra New England, New York Bach Artists, Teatro Grattacielo and the New Choral Society, Mr. Bailen is also Founder and Artistic Director of the Sherman Chamber Ensemble whose performances the New York Times has described as “the Platonic ideal of a chamber music concert.” (July, 2005). He has recently been appointed Artistic Director of the New York Chamber Ensemble and is Founder and Artistic director of Chamber Music at Rodeph Sholom in New York, now in its tenth year. He appears frequently with such orchestras as the Orchestra of St. Luke’s, New York City Opera and Ballet, American Symphony, New Jersey Symphony and the Oratorio Society of New York and is Assistant-Principal cello of the Stamford Symphony. This fall he will be solo cellist with the new Broadway show, ‘Allegiance.’ As a composer, Mr. Bailen’s commissions include an Octet (“For Ellen”) for 3 winds and strings (2013); a Double Concerto for Flute and Cello (2012) commissioned by the Johns Hopkins Symphony Orchestra. His work, Perhaps a Butterfly, for Soprano, child soprano, flute and string trio premiered in 2011 and Saratoga Sextet, commissioned by the Saratoga Chamber Players, premiered in June, 2014 (“The crowd loved it!” writes the Schenectady Daily Gazette). Recently Mr. Bailen’s musical, The Tiny Mustache, received a second grant for further development from the Omer Foundation after its successful debut. Mr. Bailen received over twenty-five commissions for his “Song to Symphony” project, an extended school residency program that presents children’s original musicals in an orchestral setting (subject of a NY Times feature article Sept. 2006). This project was recently awarded a special Alumni Grant from the Yale School of Music. Mr. Bailen received his Doctor of Musical Arts (DMA) from Yale University and is on the cello and chamber music faculty at Columbia University and Teachers College. Eliot lives in New York City with his wife Susan, their twin sons David and Daniel and their daughter Julia.