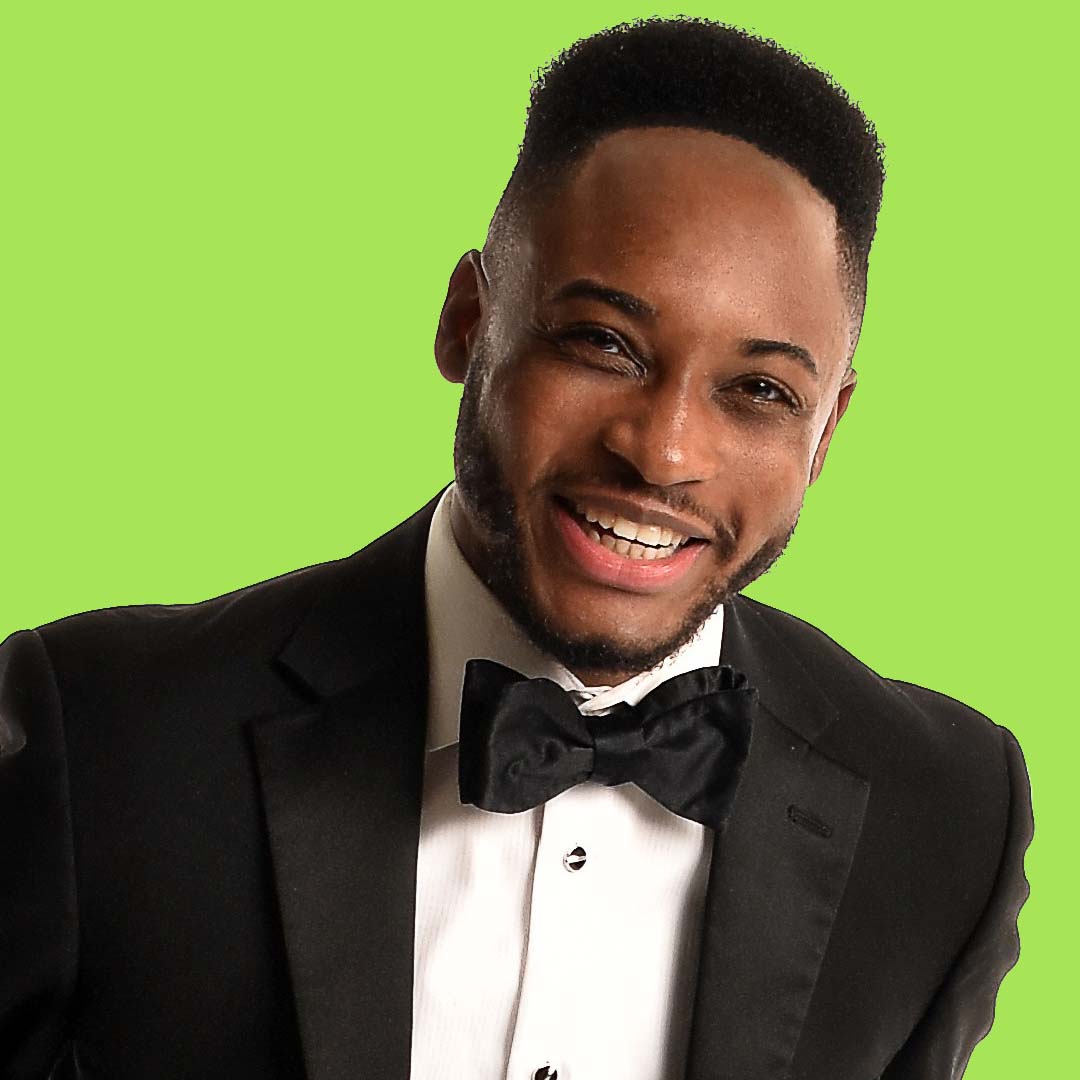 Markel Reed, a native of Charlotte, North Carolina, has been featured in various concerts, recitals, and performances throughout the U.S., Canada, and Europe

As a passionate conveyor of the operatic repertoire, Mr. Reed is a wonderful interpreter of both the standard, as well as contemporary works.

In 2019, Reed originated the role of “Chester” in the premiere of Terence Blanchard’s acclaimed opera Fire Shut up in my Bones with Opera Theatre of Saint Louis.  Following this, Mr. Reed had the pleasure of singing in the Metropolitan Opera’s Grammy-winning production of Porgy and Bess.

There Was a Storm text by Kasi Lemmons  (1961-Present)

For that which befalleth the sons of men

For that which befalleth the sons of men befalleth beasts;

as the one dieth, so dieth the other;

yea, they have all one breath;

so that a man hath no pre-eminence above a beast;

for all is vanity.

All go unto one place;

all are of dust, and all turn to dust again.

Who knoweth the spirit of man […] goeth upward

and the spirit of the beast that goeth downward to the earth?

Wherefore I perceive that there is nothing better,

than that a man should rejoice in his own works,

for that is his portion.

For who shall bring him to see what shall happen after him?

So I returned, and considered all the oppressions that are done under the sun;

and behold the tears of such as were oppressed,and they had no comforter;

and on the side of their oppressors there was power;

but they had no comforter.

Wherefore I praised the dead which are already dead more than the living which are yet alive.

Yea, better is he than both they, which hath not yet been,

who hath not seen the evil work that is done under the sun.

Translation © Richard Stokes, author of The Book of Lieder (Faber, 2005)

O death, how bitter is the remembrance of thee to a man

that liveth at rest in his possessions,

unto the man that hath nothing to vex him,

and that hath prosperity in all things;

yea, unto him that is yet able to receive meat!

O death, acceptable is thy sentence unto the needy and unto him whose strength faileth,

that is now in the last age,

and is vexed with all things,

and to him that despaireth,

Though I speak with the tongues of men

Though I speak with the tongues of men and of angels,

and have not charity,

I am become as sounding brass or a tinkling cymbal.

And though I have the gift of prophecy, and understand all mysteries,

and though I have all faith, so that I could remove mountains,

and have not charity, I am nothing.

And though I bestow all my goods to feed the poor,

and though I give my body to be burned,

it profiteth me nothing…

For now we see through glass, darkly;

but then face to face:

now I know in part, but then shall I know even as also I am known.

but the greatest of these is charity.

Translation © Richard Stokes, author of The Book of Lieder (Faber, 2005)

Ode to a Nightingale

My heart aches, and a drowsy numbness pains
My sense, as though of hemlock I had drunk,
Or emptied some dull opiate to the drains
One minute past, and Lethe-wards had sunk:
‘Tis not through envy of thy happy lot,
But being too happy in thine happiness,—
That thou, light-winged Dryad of the trees,
In some melodious plot
Of beechen green, and shadows numberless,
Singest of summer in full-throated ease.

Fade far away, dissolve, and quite forget
What thou among the leaves hast never known,
The weariness, the fever, and the fret
Here, where men sit and hear each other groan;
Where palsy shakes a few, sad, last gray hairs,
Where youth grows pale, and spectre-thin, and dies;
Where but to think is to be full of sorrow
And leaden-eyed despairs,
Where Beauty cannot keep her lustrous eyes,
Or new Love pine at them beyond to-morrow.

Away! away! for I will fly to thee,
Not charioted by Bacchus and his pards,
But on the viewless wings of Poesy,
Though the dull brain perplexes and retards:
Already with thee! tender is the night,
And haply the Queen-Moon is on her throne,
Cluster’d around by all her starry Fays;
But here there is no light,
Save what from heaven is with the breezes blown
Through verdurous glooms and winding mossy ways.

I cannot see what flowers are at my feet,
Nor what soft incense hangs upon the boughs,
But, in embalmed darkness, guess each sweet
Wherewith the seasonable month endows
The grass, the thicket, and the fruit-tree wild;
White hawthorn, and the pastoral eglantine;
Fast fading violets cover’d up in leaves;
And mid-May’s eldest child,
The coming musk-rose, full of dewy wine,
The murmurous haunt of flies on summer eves.

Thou wast not born for death, immortal Bird!
No hungry generations tread thee down;
The voice I hear this passing night was heard
In ancient days by emperor and clown:
Perhaps the self-same song that found a path
Through the sad heart of Ruth, when, sick for home,
She stood in tears amid the alien corn;
The same that oft-times hath
Charm’d magic casements, opening on the foam
Of perilous seas, in faery lands forlorn.

Forlorn! the very word is like a bell
To toil me back from thee to my sole self!
Adieu! the fancy cannot cheat so well
As she is fam’d to do, deceiving elf.
Adieu! adieu! thy plaintive anthem fades
Past the near meadows, over the still stream,
Up the hill-side; and now ’tis buried deep
In the next valley-glades:
Was it a vision, or a waking dream?
Fled is that music:—Do I wake or sleep?

Through the gates of Orkenise

A waggoner wants to enter.

Through the gates of Orkenise

A vagabond wants to leave.

And the sentries guarding the town

Rush up to the vagabond:

‘What are you taking from the town?’

‘I’m leaving my whole heart behind.’

And the sentries guarding the town

Rush up to the waggoner:

‘What are you carrying into the town?’

‘My heart in order to marry.’

So many hearts in Orkenise!

The sentries laughed and laughed:

Vagabond, the road’s not merry,

The handsome sentries guarding the town

The gates of the town then

The sun slips its arm through the window

But I who want to smoke to make mirages

I light my cigarette on daylight’s fire

I do not want to work I want to smoke

To leave a dismal

Love must have made

To leave a dismal

Is wide with laughter

Is deep with song,

You do not think

I have held my pain

Is wide with laughter,

You do not hear my inner cry?

Are gay with dancing

You do not know

To fling my arms wide

In some place in the sun,

To whirl and dance

Till the bright day is done.

Then rest at cool evening

Beneath a tall tree

That is my dream.

To fling my arms wide

In the face of the sun.

Till the quick day is done.

I, too sing America.

I am the darker brother.

They send me to eat in the kitchen

I’ll sit at the table

“Eat in the kitchen,”

They’ll see how beautiful I am