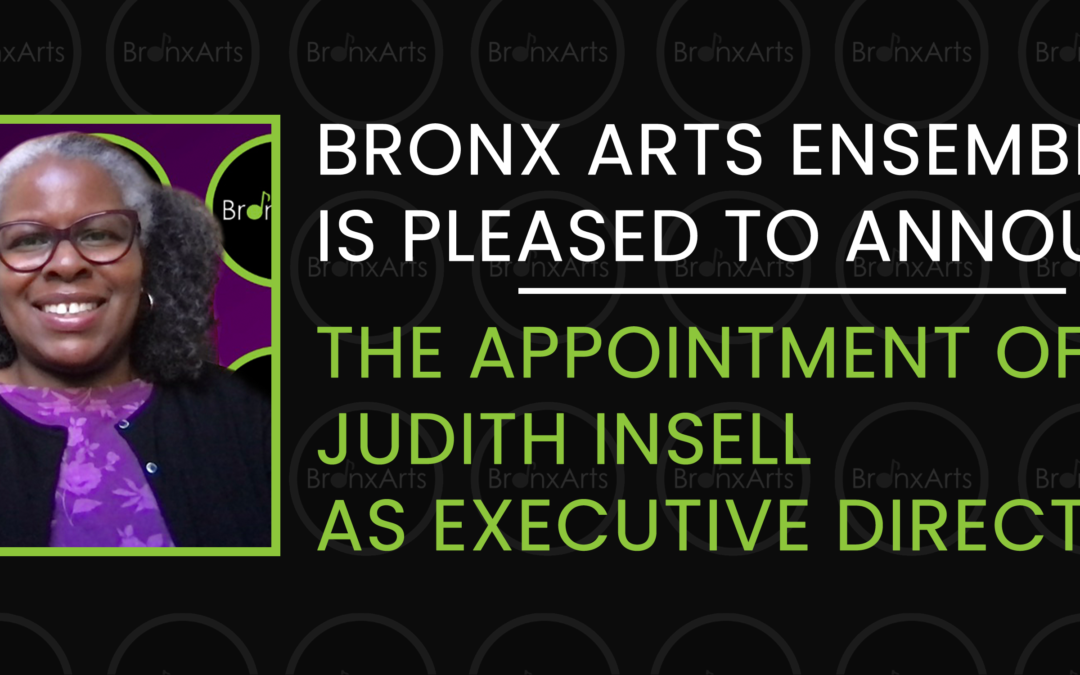 Bronx Arts Ensemble announces the elevation of Judith Insell to Executive Director. Previously, in the summer of 2020, Insell was elevated to the position Artistic Director for BAE. Judith Insell brings a wealth of industry knowledge in the field of performance and arts education to the role of Executive Director, as BAE continues to provide the Bronx with high-quality arts education and concert programs that support and honor the rich cultures of the diverse populations of the Bronx.

“Bronx Arts Ensemble has a new Executive Director with command of our great organization, deep roots in the Bronx arts world, and a lifelong commitment to arts equity and education. Judith Insell brings her talents as administrator and musician to a new leadership role that will open doors to the arts for all Bronxites.  We congratulate Judith and wholeheartedly support her exciting vision for the Bronx Arts Ensemble.” – BAE Board Chair, Robert Fanuzzi

“Judith Insell will make a wonderful Executive Director of the Bronx Arts Ensemble!  With her spectacular background comprising both the music performance and arts education fields, she will expand the original 1972 mission of BAE bringing the arts to all communities of the Bronx, with her fine personal communication skills, business and musical knowledge and dedicated, enthusiastic personality.”- Louise Scribner, BAE Co-Founder

“It is my honor to assume the leadership of an organization that was founded nearly 50 years ago through the grit and passion that William “Bill” Scribner had for supporting the arts and culture of the Bronx through music performances and arts education. As a musician born and raised in the Bronx, I am thrilled to be leading BAE’s charge into the future, further lifting up performing arts and arts education in the communities of the Bronx, greater New York City, and worldwide.” – Judith Insell, BAE Executive Director 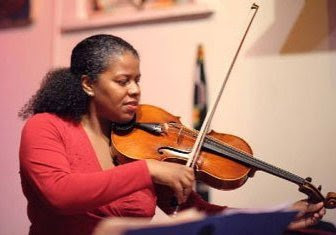 As a professional violist, Judith Insell has collaborated with such marquee artists as Beyoncé, India.Arie, John Cale, Suzanne Vega, Lee Konitz, Greg Osby, and Miguel Zenon. She has appeared on Saturday Night Live (SNL), Late Night With Stephen Colbert, and has performed in Broadway show orchestras for Les Miserablé (25th Anniversary Edition), An American In Paris, A Gentleman’s Guide to Love and Murder, Gypsy, Ms. Saigon, Tommy, Carousel, and Kiss of the Spider Woman. She is currently a member of the avant-garde jazz collective “Jump Off This Bridge” and the Greenwich Symphony in Connecticut.

Ms. Insell, an experienced arts educator and administrator, previously held the positions of Director of the School for Performing Arts at Bronx House, Director of Music at the Harlem School of the Arts, and Assistant Director of Instrumental Studies at Mannes College of Music, The New School. She also served for six years on Manhattan Community Board 9, where she chaired the Youth, Education, Libraries Committee, as well as serving on the Arts and Culture Committee and the Executive Board.

Bronx Arts Ensemble brings music and related arts to Bronx schools and neighborhoods. We contribute to the cultures of our Bronx communities through live performances and innovative arts education that stimulate creativity, imagination, and aspirations. BAE continues to provide the Bronx with high-quality arts education & concert programs that support and honor the rich cultures of the diverse populations of the Bronx.