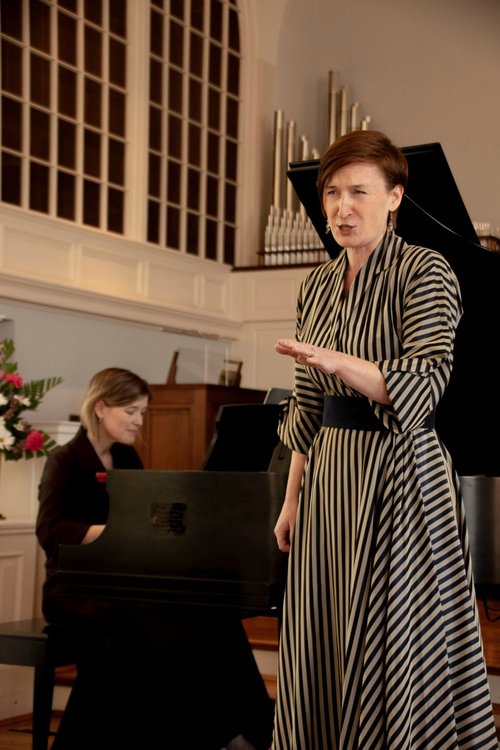 For more than three decades the works of Roberto Sierra have been part of the repertoire of many of the leading orchestras, ensembles and festivals in the USA and Europe. At the inaugural concert of the 2002 world renowned Proms in London, his Fandangos was performed by the BBC Symphony Orchestra in a concert that was broadcast by both the BBC Radio and Television throughout the UK and Europe. Many of the major American and European orchestras and international ensembles have commissioned and performed his works, including the Bronx Arts Ensemble, which has a long history with his music and has premiered several of his pieces.

Soprano Martha Guth has performed recitals at Wigmore Hall and Leeds Lieder Festival with Graham Johnson at the piano, the Vancouver International Song Institute and the Ottawa International Chamber Music Festival with Erika Switzer, Lincoln Center with Bradley Moore, the Liederkranz with Pianist Dalton Baldwin, and an all Britten recital with Pianist Malcolm Martineau for Five Boroughs Music Festival. Her recitals have been recorded and broadcast for the CBC Radio/Radio Canada, the BBC Radio in the U.K and the WDR in Germany. With friend and frequent collaborator, pianist Erika Switzer, she is the Co-Director of Sparks & Wiry Cries, a global platform dedicated to art song spanning publication, live performance, and commission of new works. Sparks is the force behind the popular regional songSLAM’s that are presented in partnership with other small art song organizations and presents its own songSLAM Festival weekend every January in NYC.