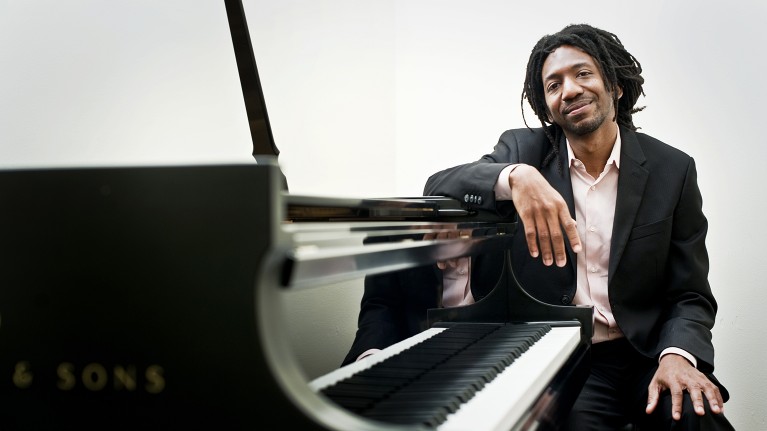 Don’t Change My Name, featured a 10-piece ensemble and the students of Bronx Charter School for the Arts as guest vocalists, representing many years of research into the Arara music of Cuba. Villafranca’s musical detective work through history traces the threads of Arara music in his native Cuba to the culture and religion of slave trade-era Dahomey, in present day Benin, with the purpose of telling the story of Florentina, an important Arara figure in Cuba and the Cuban slave rebellions. This premiere was a part of Bronx Arts Ensemble’s twofold mission to present extraordinary performances to the people of the Bronx and to engage students in the work of art-making.

Florentina Zulueta was born in Dahomey in the 17th century. At just 15, she was one of many who were captured and transported to Cuba to be sold as a slave. Her original name was “Tolo-Ño,” but at the time of her capture in Dahomey, her name was changed to “Na-Tegué.” “Na-Tegué” was sold to Julián de Zulueta y Amondo, a notorious slave owner in the Perico region of Matanzas, Cuba. After branding her flesh, he claimed her as his property and forever changed the name of the young “Na-Tegué” to “Florentina Zulueta.” Villafranca says, “As well as revealing the life of Afro-Cuban leader Florentina Zulueta, Don’t Change My Name speaks to my own experience as an immigrant in the US.”

Born in the Pinar del Río province of Cuba, Steinway Artist, Grammy nominee, and 2014 Jalc Millennium Swing Award! recipient, Elio Villafranca was classically trained in percussion and composition at the Instituto Superior de Arte in Havana, Cuba. Since his arrival in the U.S. in 1995, Villafranca is at the forefront of the latest generation of remarkable pianists, composers and bandleaders. Over the years Villafranca has recorded and performed nationally and internationally as a leader, featuring jazz master artists such as Pat Martino, Terell Stafford, Billy Hart, Paquito D’Rivera, Eric Alexander, and Wynton Marsalis, among others. He is a faculty member of Temple University, The Juilliard School of Music, New York University, and Manhattan School of Music.