During Mr. Martin’s online concert, he will present an engaging inside view of his compositions for violin and synthesizers, as well as select movements for solo violin by J.S. Bach.

Free admission: We welcome any donations at bronxartsensemble.org/donate

During Mr. Martin’s online concert, he will present an engaging inside view of his compositions featuring synthesizers (BAE Behind the Music), as well as select pieces by J.S. Bach.

Prelude from the E major Partita by J.S. Bach

Windows on a Melody by Thomas Martin

Allemanda and Gigue from the D minor Partita by J.S. Bach

Windows on a Score by Thomas Martin 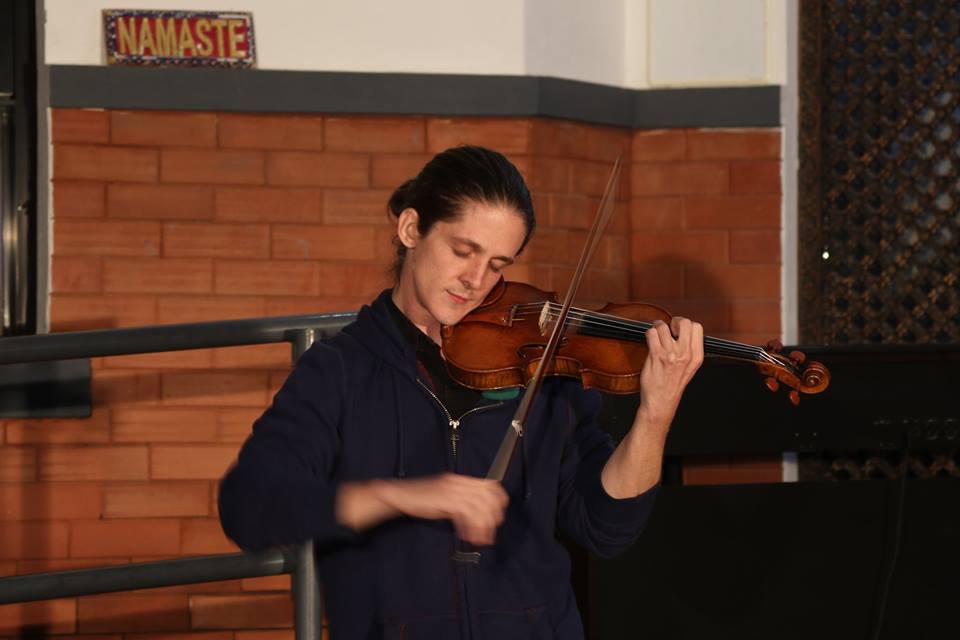 Born in Gainesville, Florida, Thomas Martin began violin studies at the age of four at the School for Strings in Manhattan studying under Katherine Gerson and Louise Behrend. At the age of ten he began studying voice and violin performance at the Manhattan School of Music under Mariana Paunova and Isaac Malkin.

In 1997, he performed the role of Tom Sawyer at Symphony Space with the ISO Symphony Orchestra conducted by Jonathan Strasser.

In 1999, he recorded Bach’s Concerto in D minor for two violins with Joshua Bell, Diane Monroe, Mark O’Connor, Isaac Stern, Itzhak Perlman, and Micheal Tree, for the soundtrack to the film, “Music of the Heart,” in which he also acted the role of a violin student. The same year, Martin performed with the Disney’s Young Musicans Symphony Orchestra under Lucas Richman at Avery Fisher Hall and also on “Good Morning America,” performing with Charlotte Church.

In 2002, at the invitation of the Soesterberg International Music Festival, he performed Beethoven’s “Ghost” Trio, Opus 70, in Soesterberg, Netherlands, and in the festival orchestra under maestro Sidney Harth. In 2009, he received a Bachelors of Violin Performance from Manhattan School of Music, studying under Grigory Kalinovsky.

Martin has played since 2008 with the classical ensemble, Trio Fantasie, performing domestically in over 60 concerts per year.

In 2017, at the invitation of the Gharana Music Festival, he performed the Beethoven Spring Sonata with Neecia Majolly, and conducted the festival orchestra in a program of Bartok, Sibelius, Holst, and Jenkins.

Since 2018, Martin has been an adjunct faculty member at The City University of New York, teaching Violin, music theory, and ear training.

Since 2019, he has been a Teaching Artist for the Bronx Arts Ensemble, providing musical outreach and performances in the NYC Public Schools.