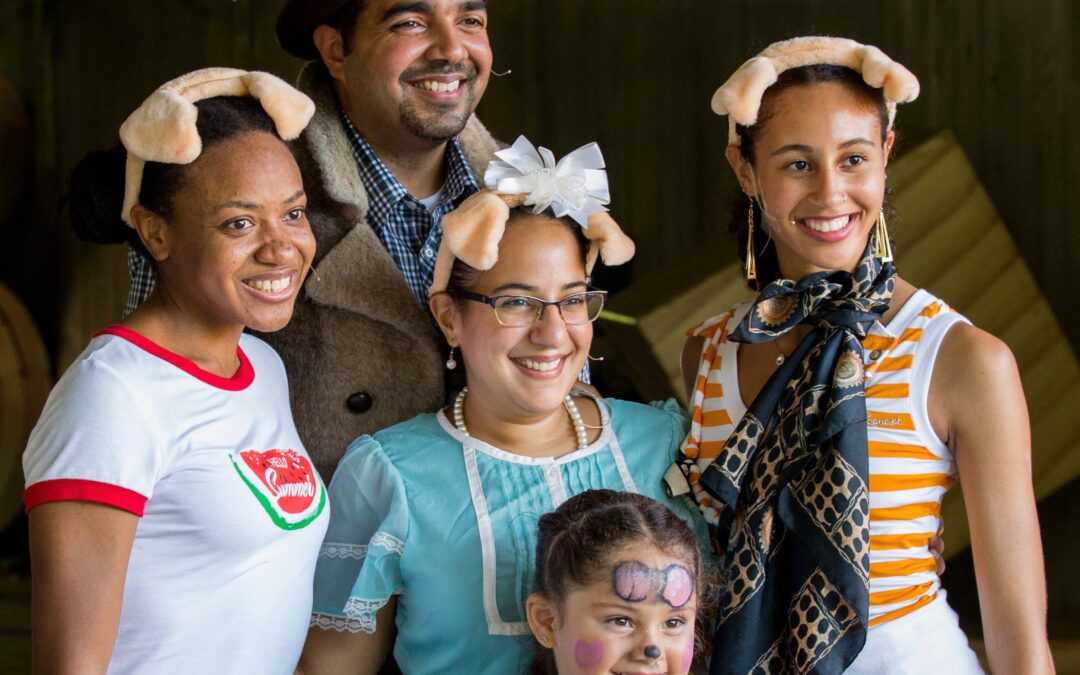 ALL PERFORMANCES ARE FREE AND OPEN TO THE PUBLIC

A Bronx Girl’s Musical Adventure. Jasmine is sick and tired of her violin lessons. She has more important things to do. Like playing video games and texting her BFF. Who cares about music anyway? She’s about to find out. Join us for a tale of musical discovery as Jasmine discovers her roots and the awesome power of song! Written by Dante Albertie and Mary Ann McSweeney.

Gwendolyn is having a bad day. It’s raining cats and dogs. Mom took her phone. She’s tired of TV. What’s a girl to do? Time for some daydreaming. Some MUSICAL daydreaming. Gwendolyn imagines her future as a member of an all-girl band. Get ready for her to create characters and puppeteer them right in front of your eyes! Written by Dante Albertie and Mary Ann McSweeney.

May 13th at 4 pm at West Farms Library

Bronx Arts Ensemble and the Children’s Theatre Company at Lehman College will perform several performances of each of three musicals this spring at local branches of the New York Public Library in a newly official and ongoing partnership. These musicals have a long history with the Bronx Arts Ensemble, going back to the first performance of Peter and the Wolf in 1980, and in recent years the musical series has evolved to the commissioning of fully original scores. On March 11, 2020, BAE and the Lehman Children’s Theatre will present the World Premiere of Gwendolyn: Unplugged, with book and lyrics by Dante Albertie and music by Mary Ann McSweeney, at Edenwald Library, with performances to follow at the Bronx Library Center and Wakefield Library. All performances listed above are free and open to the public.

The shows began with the desire of BAE founder William J. Scribner—who recently received a street naming in the Bronx—to acquaint children with a small group of instruments attached to a familiar story. Scribner made many of the arrangements for the early shows for flute, oboe, bassoon, and clarinet, and each show included a moment for the players to introduce their instruments. The early theatrical collaborators included The New York Lyric Circus, storytellers, mimes, jugglers, and acrobats. This evolved into a steady relationship with Dante Albertie and the Lehman Children’s Theatre, with performers from Lehman College’s theatre program telling familiar stories with a twist, including The Three Little Pigs (which returns this season), Hansel and Gretel, Rapunzel, etc., with a more recent turn to original stories, including Jasmine’s Song and the new premiere. From the beginning, children were invited to participate with the musicians and storytellers in each show. Shows have been presented at the Bronx Zoo, Bronx Community College, New York Botanical Garden, Wave Hill, and schools all over the borough.